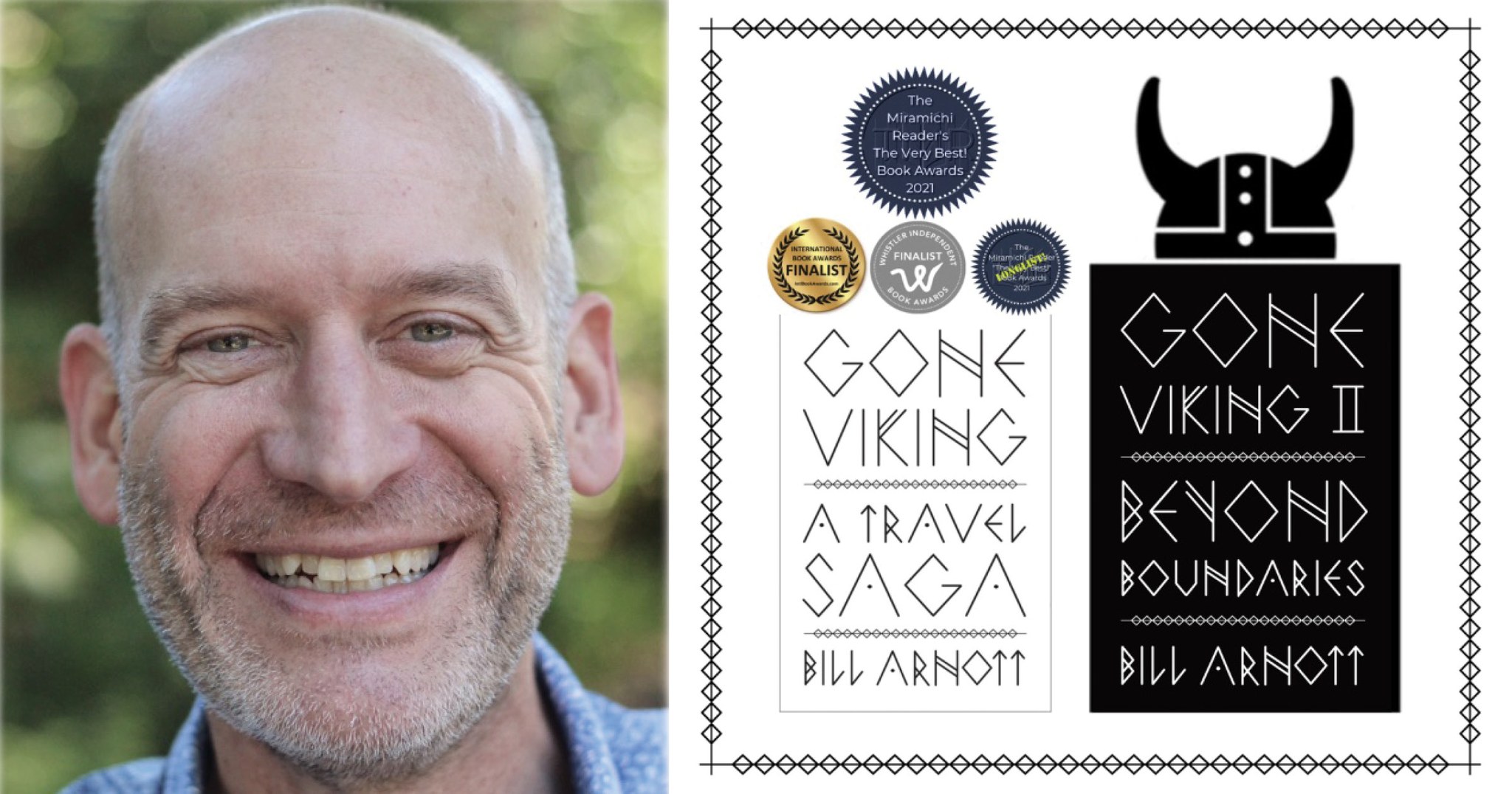 Bill Arnott discusses ‘Gone Viking’ and ‘Gone Viking II’, guiding us on an epic literary odyssey following history’s most feared and misunderstood voyageurs: the Vikings. Prepare yourself for an armchair adventure like no other! www.banyen.com…
To “go Viking” is to embark on an epic journey. For more than eight years, Bill Arnott journeyed throughout the northern hemisphere, discovering sites Scandinavian explorers raided, traded, and settled – finding Viking history in a wider swath of the planet than most anthropologists and historians ever imagined.
From Europe to Asia, the Mediterranean to the British Isles, through Scandinavia to Iceland, Greenland, and the New World, with further excursions around Thor Heyerdahl’s Pacific, Roald Amundsen’s Arctic, and Olaf Crowbone’s stormy North Atlantic, Bill takes readers on a mythic personal adventure in real time – a present-day Viking quest.
“A perfect book for the armchair explorer. A true delight from a talented travel writer.” – JOHN MacFARLANE
Bill Arnott is a songwriter, poet, and author of the bestselling travelogue ‘Gone Viking: A Travel Saga’ (Whistler Independent Book Awards Finalist and American Book Fest International Book Awards Finalist),’ Gone Viking II: Beyond Boundaries’, ‘Dromomania’, and ‘Wonderful Magical Words’. His work has been published in literary journals in Canada, the US and UK, Europe, Asia, and Australia, and his column “Bill Arnott’s Beat” is a feature in several magazines. Bill has received awards for prose, poetry, and songwriting and is the creator of “Bill’s Artist Showcase.” For his eight-year Gone Viking expedition he was awarded a fellowship in London’s Royal Geographical Society. When not trekking the globe with a small pack and his journal, or showing off cooking skills as a culinary-school dropout, Bill can be found on Canada’s west coast, making friends and misbehaving.
4