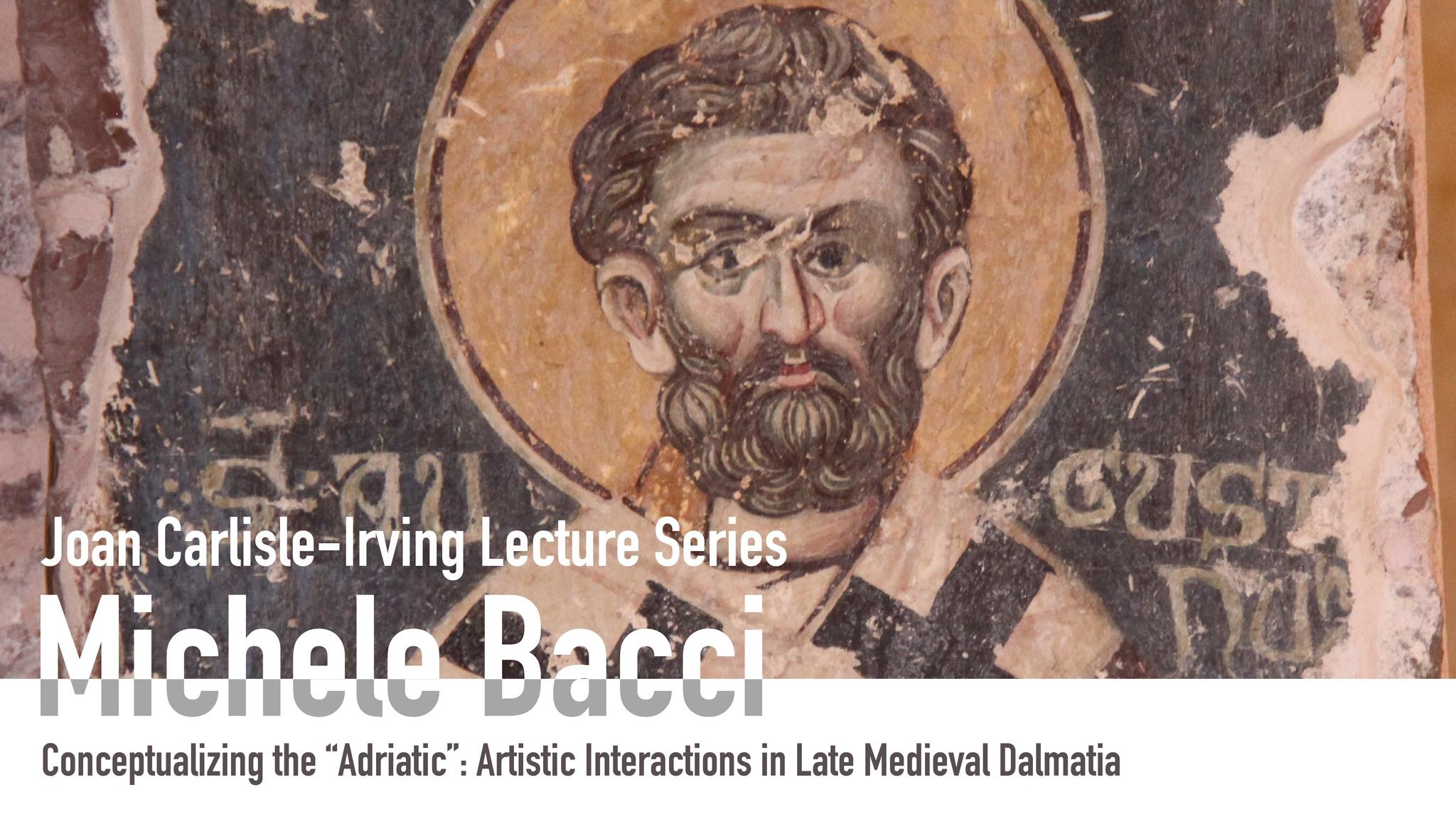 Conceptualizing the “Adriatic”: Artistic Interactions in Late Medieval Dalmatia
A lecture by Michele Bacci as part of the Joan Carlisle-Irving Lecture Series.
Wednesday, January 26, 2022
12:00 p.m., PST
Register in advance: ubc.zoom.us……/register/WN_bGsD9bjIT9yze-0-itL5Zw
———
The artistic production of medieval Dalmatia has long been interpreted as the outcome of artistic interactions between different cultures.
The present paper will propose a reconsideration of the conceptual grounds on which the “Adriatic” has been construed as a liminal, or hybrid, artistic context. Emphasis will be laid on a relatively large number of 14th-century paintings which came to be attributed to the Adriatic Eastern coast on account of their distinctive mixture of Venetian and Byzantine forms.
It will investigate the extent to which an unconventional combination of forms was understood as a clue to the origin from an area deemed to be the site of overlapping artistic geographies. At the same time, it will delve into the analysis of some distinctive case studies that may shed light on the multifarious approaches toward styles and pictorial traditions encountered in the multi-layered societies of Dalmatia’s port towns in the late Medieval period.
———
Michele Bacci (Ph.D., Scuola Normale Superiore, Pisa, 1999) is Professor of Medieval Art at the University of Fribourg, Switzerland, and a member of the Academy of Europe. He is the author of numerous studies on the cultural and art-historical contacts of East and West in the Middle Ages and on the history of the religious practices associated with cult objects and holy sites.
His many books include Il pennello dell’Evangelista (1998), Pro remedio animae (2000), Lo spazio dell’anima (2005), San Nicola il Grande Taumaturgo (2009), The Many Faces of Christ (2014), and The Mystic Cave: A History of the Nativity Church in Bethlehem (2017).
His new book – Veneto-Byzantine Interactions in Icon Painting (1280–1450), in Greek – has been recently published by the Academy of Athens (2021).
This lecture is a partnership with North of Byzantium, an initiative organized by Maria Alessia Rossi (Princeton) and Alice Isabella Sullivan (Tufts). They will present a related program at UBC in the future.
Image credit: Byzantine painter, Saint Augustine, early 14th c. Kotor, Cathedral. Photo: Michele Bacci
0