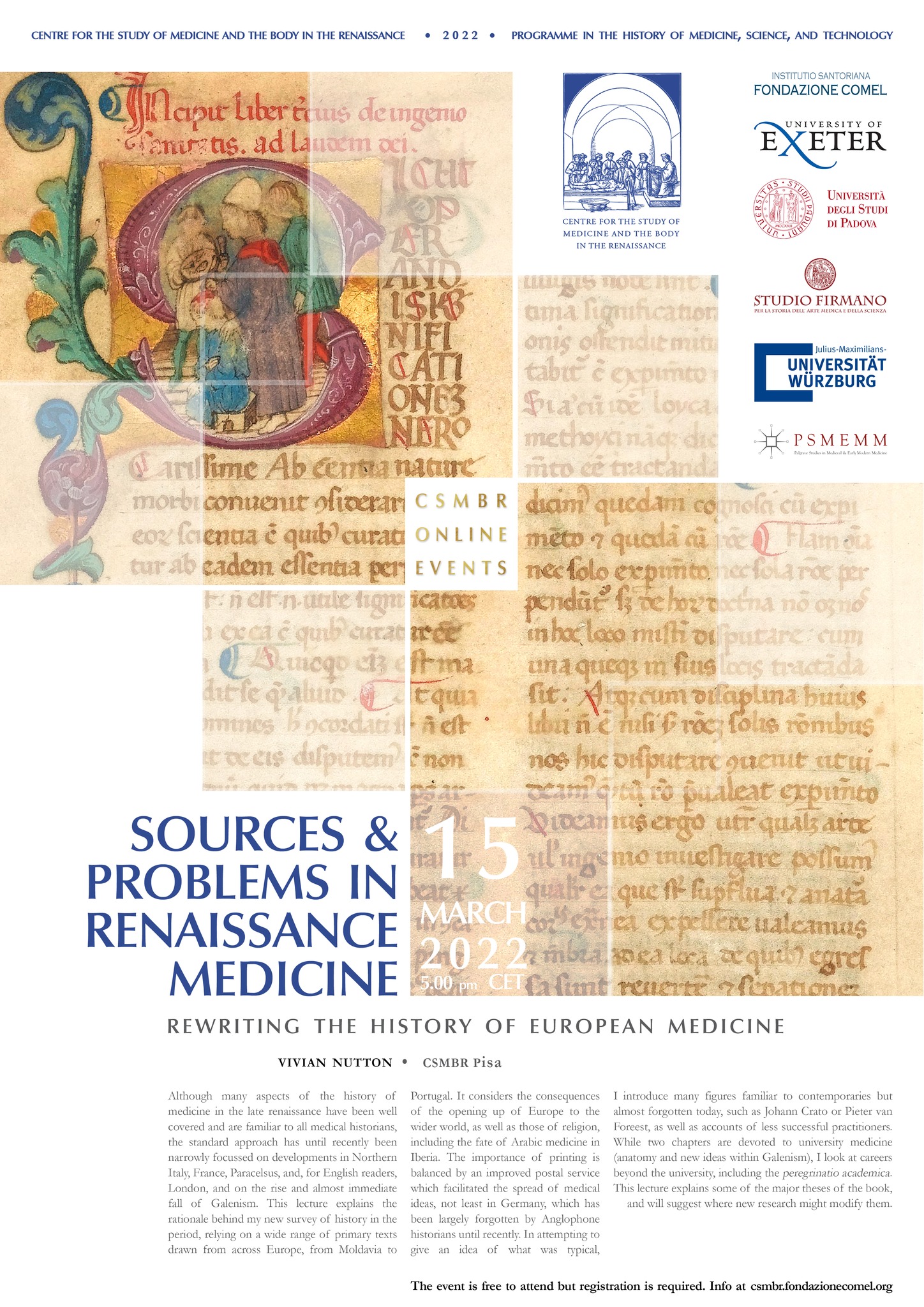 Although many aspects of the history of medicine in the late renaissance have been well covered and are familiar to all medical historians, the standard approach has until recently been narrowly focused on developments in N. Italy, France, Paracelsus, and, for English readers, London, and on the rise and almost immediate fall of Galenism.
This lecture explains the rationale behind the new survey of history in the period, which relies on a wide range of primary and unfamiliar texts drawn from across Europe from Moldavia to Portugal. It considers the consequences for medicine of the opening up of Europe to the wider world, as well as the results of the ever-hardening religious divide, including the fate of Arabic medicine in Iberia.
The importance of printing is balanced by an improved postal service which facilitated the spread of medical ideas, not least in Germany, which has been largely forgotten by Anglophone historians until recently.
In attempting to give an idea of what was typical, many figures familiar to contemporaries but almost forgotten today are introduced, such as Johann Crato or Pieter van Foreest, as well as accounts of less successful practitioners.
While two chapters are devoted to university medicine (anatomy and new ideas within Galenism), careers beyond the university are looked at, including the “peregrinatio academica”.
This lecture explains some of the major theses of the book, and will suggest where new research might modify them.
0

Centre for the Study of Medicine and the Body in the Renaissance – CSMBR
Phone:
+39 050 866 7800
Email:
info@csmbr.fondazionecomel.org
View Organiser Website