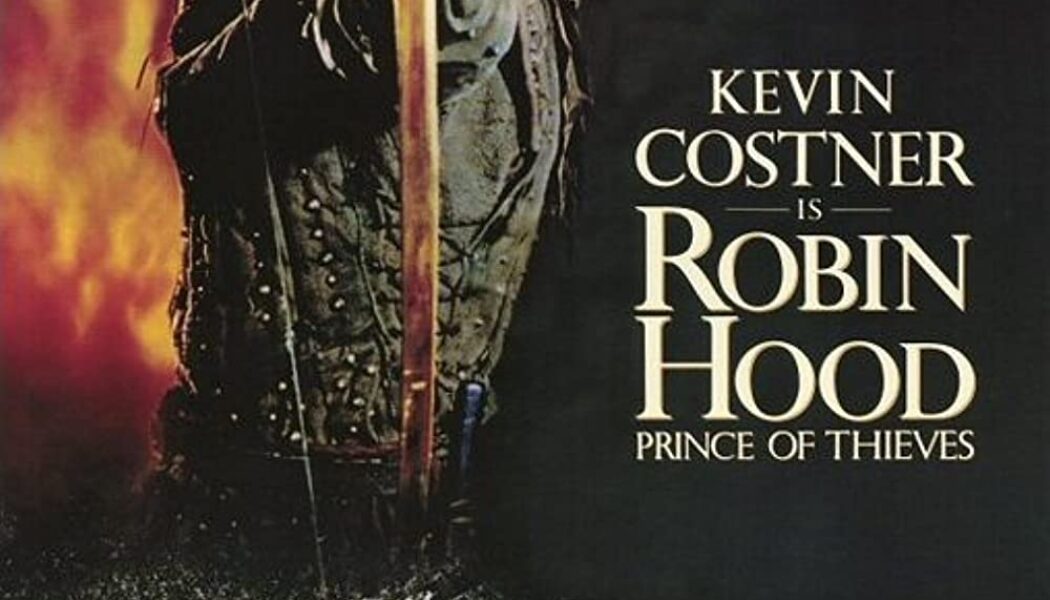 Nobleman crusader Robin of Locksley (Kevin Costner) breaks out of a Jerusalem prison with the help of Moorish fellow prisoner Azeem (Morgan Freeman) and travels back home to England. But upon arrival he discovers his dead father in the ruins of his family estate, killed by the vicious sheriff of Nottingham (Alan Rickman). Robin and Azeem join forces with outlaws Little John (Nick Brimble) and Will Scarlett (Christian Slater) to save the kingdom from the sheriff's villainy.